They say time changes things. Country songs document a young girl’s brown hair turning grey or how time always marches on. Time, generally thought about as a long term concept, is said to heal, build up or create peace. However, this time I am talking about time in regards to the four short weeks I have spent as a member of the Rock Hills Ranch family. I am sad to see it end, but there are invaluable things I can take away from it.

If you asked me about myself six months ago, I would have told you I was a new transfer student at the University of Florida simply making it through each day. I was facing a very difficult and trying time in my young adulthood and felt as if I had no direction and no clue where I was going. I was defeated and I will admit looking back, weak. 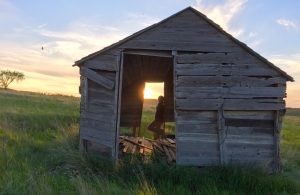 Time moved on and I developed a wonderful group of friends, genuine happiness again and an endless amount of opportunities that if I only had the courage to pursue, I may get to experience. What better thing to do than to apply for an internship 1,900 miles away from home when one is seeking an escape? After all, I felt as if I had nothing to lose.

Weeks passed and I went to class, adventured with friends and started running to relieve the stress of the fall. If you have read my previous posts, specifically the first one, you would know that I interviewed with Garnet and the rest is history.

Since arriving here in Lowry, South Dakota I have experienced the highest of highs and some lower moments too. To say that I never missed home would be a tale and to say that I was ready to leave would also be a lie.

I adjusted to the time change, the raging wind, and the longer days. I learned of the history of these Great Plains and the promise they hold for the future. I have embraced that I and my kind are as important as the badger, the hawk and the bees- but not any more so. I have been humbled by a moment sitting atop a hill on the ranch spending time with God; taking in as much of the vast space as possible in hopes of forever preserving the beauty in my mind.  The appreciation I developed for this land over the last four weeks is one that I don’t know I could extensively share through words. It is almost an emotion of overwhelming humility, to know that we as God’s children have the privilege of interacting with this magnificent creation.

For anyone that is skeptical of the power of time, I will tell you that yes it can build up and yes it can heal. The time that passed, while the glaciers moved and melted, built these hills. The time I have spent with the cattle and a ranch hand has built up my confidence and courage. Time healed a barnyard cat that lost her tail, and brought back to life the thirsting prairies through rain.  Time, this short time, has healed my spirit and instilled in me a love for the unknown, contrary to my typical type "A" tendencies.  I have developed a desire to learn about the heritage of those who settled old claim shacks and a thirst to discover the rugged and beautiful history that is the West. 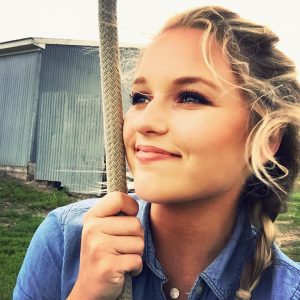 As I leave, I am still a student at the University of Florida. I am still going to face challenges ahead, and I still do not know exactly what my future holds. However, thanks to this time, this land and these people I am thriving beautifully in not knowing what lies ahead. I am ready to embrace the adventure and where ever it may take me. Four days, four weeks or four years from now I will look back and say I was a changed girl, no longer defeated and weak. I will look back and describe this girl as one with a desire for adventure and a grit that no one will ever take away from her again.