Being at Rock Hills Ranch has put many other things on my mind besides my now-distant life and self from California, but I’ve been told that these are just the things that you, gentle readers, would like to hear about. I reluctantly comply, but add that I would much rather be learning about you, so feel free to contact me or recommend things that I experience. I’ll be interning at RHR until the end of August.

My furry traveling companion and I arrived in Lowry on August 1, having driven over 1,500 miles from San Diego. Ovid, who is named after a Roman poet on account of his scholarly whiskers, behaved mostly poetically on the journey (save for one incident involving a taco); but with hindsight I now see that he was conserving his occult powers for deployment on the ranch. While I was moved by the grandeur of the prairie and fantasies of what it would have been like to see it peopled with the diverse cultures that existed prior to the arrival of Europeans, Ovid was pumped to see Sturgis brewing before the big event. And so it is that progeny stray. 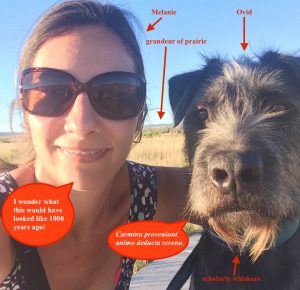 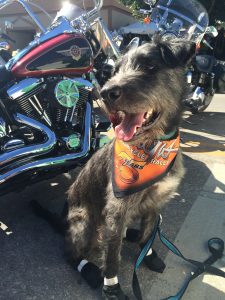 My own interest in the indigenous cultures of the Americas is probably related to my profession as an anthropologist. An anthropologist is a social scientist who studies humans: sometimes living, sometimes dead, sometimes aspects of their culture, behavior, or biology.

In my case, I’m a linguistic anthropologist, which means I study the communicative behavior of living people. I do my research in the state of Oaxaca in southern Mexico, among a group of people who speak an indigenous language called Zapotec, as well as Spanish. Zapotec was spoken in Mexico long before the Spaniards arrived, and is not related to or similar to Spanish.

My research focuses on how bilinguals conceptualize and talk about space, and on how bilingual children acquire spatial concepts in two very different languages. I have spent a total of 30 months living with Zapotec speakers in Oaxaca, gathering video recordings of people communicating in both languages. Although my research topic is specialized, I also teach more general anthropology, linguistics, and writing classes to undergraduate students at the University of California, San Diego, where I am currently in the homestretch of my Ph.D. program. Perhaps in my next post I will say more about my research and how I ended up here in Lowry, but now on to more pressing matters.

Because I have spent time in the Oaxacan countryside, I know at least a couple of things about small towns, and thus would like to issue the following official statement: anyone whoso finds themselves inclined to matchmaking is hereby warned that in addition to being over 30, I can survive scarcely a year without international travel, and my cooking is intolerably spicy.